Tetrahydrocannabinol (THC) and cannabidiol (CBD) are both ingredients in the cannabis savita plant, commonly called cannabis – or marijuana. CBD is also available from hemp which is considered less safe because it is generally tested less than cannabis. Both ingredients react with the brain’s receptors. THC and CBD both have the same chemical formula. The difference is in how the chemicals are arranged.

Generally, CBD is considered non-psychoactive – which essentially means users won’t get high from the CBD. CBD is used in many different products – some legal but many are illegal. It’s essential to know which laws apply or criminal charges may result.

Possible Medical and Health Benefits of THC and CBD Products

THC is the psychoactive ingredient that gives users the feeling of being high. Users of THC experience:

CBD may be useful in helping with:

Some proponents of CBD also claim (though the scientific evidence is questionable) that it can help with cancer tumors, Alzheimer’s disease, anxiety, skin restoration, and other diseases and disorders.

There are different thoughts on which ingredients, CBD or THC, are best for helping to manage pain – with some experts saying a combination works best. There are many other studies and arguments about these ingredients. Some of these arguments are:

Because CBD is generally considered to have more medical usage, growers are cultivating cannabis strains with high CBD to THC ratios. CBD is being used more than THC in natural supplements.

The growth of CBD-rich strains in California

Cannabis activists, cultivators and retailers are embracing plants rich in CBD. After decades in pursuit of strains highest in THC during the prohibition era, Northern California cannabis growers started cultivating CBD-rich strains in 2009.

CBD was rediscovered as part of the medical marijuana experience,” said Martin Lee, Bay Area activist who encouraged growers to cultivate CBD strains and who co-developed the Care by Design line of vape cartridges, capsules, tinctures, topicals and edibles containing varying ratios of CBD to THC. “That got the ball rolling. Then in 2013 when CNN broadcast its famous show about CBD reducing a 5-year-old girl’s epileptic seizures, that catapulted CBD to a whole other level and made for a huge demand.

While THC demand exceeds CBD demand among most cannabis consumers, Aundre Speciale, director of Cannabis Buyers Club Berkeley and Oakland’s Phytologie, has launched a high-end line of cannabis flowers and pre-rolls from award-winning CBD-rich genetics grown by Molecular Farms of Monterey, including four CBD:THC ratios for a range of potencies and effects.

The Act reduces the criminal effects of prior marijuana felonies to misdemeanors if an individual petitions the courts properly. Anyone with authority to possess more than one ounce of marijuana must store it a locked place which is not visible to the public.

WHAT DOCTORS, USERS, GROWERS AND OTHERS SHOULD UNDERSTAND ABOUT THE PASSAGE OF PROP 64 AND PROP 215

Thinking of Smoking a Marijuana Joint or Growing Your Own Cannabis in California? Learn How California’s Adult Marijuana Recreational Use and Medical Use Laws Apply to You from an Experienced […]

The authority to cultivate, distribute, and sell medical marijuana has been amended or supplanted by the Medicinal and Adult-Use Cannabis Regulation and Safety Act (MAUCRSA) effective January 1, 2018. Medical marijuana companies and nonprofits should consult with an experienced California healthcare lawyer to understand this new law.

Licensing marijuana products for commercial use

The Medical and Adult Use Cannabis Regulation and Safety Act (MAUCRSA) now provides that the same kinds of licenses will be available for commercial adult-sales and for marijuana sales. MAUCRSA now allows adults the right to commercially produce, distribute, and sell marijuana – from state-licensed facilities. Counties and cities can still limit or eliminate these production, distribution, and sale rights.

Licensing of adult use of marijuana and medical marijuana can be done in three ways (as we wrote earlier):

There are additional licensing requirements and prohibitions that must be reviewed with an experienced California marijuana attorney. For example, California Business and Professional Code BPC § 26051 (b) provides that:

There is not, under MAUCRSA, a residency requirement to obtain a license.

There were time limits that have since expired for transition from the old MCRSA law to the new MAUCRSA law.The current legal and licensing status of CBD – federal and states overview

The laws on medical and recreational use of marijuana and marijuana product are evolving.

In general, the possession, distribution, and sale of marijuana is considered illegal on the federal level.

The U.S. Drug Enforcement Administration treats CBD as an illegal Schedule 1 substance, just like LSD and heroin. This tough classification makes it almost impossible, as the LA Times stated, to even do research on the safety and benefits of CBD let alone use it or sell it.

In the absence of scientific testing, the U.S. Food and Drug Administration has launched a crackdown on CBD products that make unproven medical claims, such as curing cancer. “The promotion and use of these unapproved products may keep some patients from accessing appropriate, recognized therapies to treat serious and even fatal diseases,” FDA Commissioner Scott Gottlieb has said.

FDA DEEMING TOBACCO PRODUCTS TO BE SUBJECT TO THE FEDERAL FOOD, DRUG, AND COSMETIC ACT: A BRIEF OVERVIEW

If you are a retailer, manufacturer, distributor, or importer of tobacco products, become familiar with the final rule by FDA Deeming Tobacco Products to be Subject to the Federal Food, Drug, and […]

California’s laws and regulations on CBD usage, sale, and licensing are explained in a companion article.

The current legal and licensing status of THC

Products with THC are still generally illegal except for:

The FDA and the FTC also have authority to monitor foods and drugs as well as the claims made when marketing these items.

CBD and THC are being touted as good for your physical and mental health. Debates abound as to how valid these claims are. Scientific tests are being done to help verify whether these chemicals can help consumers with a broad range of illnesses and disorders.

California does allow qualified users to use medical marijuana. Some recreational use by adults is now allowed. Manufactures, developers, sellers, and anyone who profits from CBD and THC products need to understand the federal and state laws that apply. They need to know the penalties for non-compliance so they can make informed decisions about their marijuana and hemp businesses.

Experienced health care lawyers keep current with the changing federal and state laws as well as regulations by agencies such as the Food and Drug Administration and the California Department of Health. Developers and retailers should consult with experienced CBD and THC lawyers before starting, continuing, or expanding their businesses. For help in developing and marketing CBD and THC products and the applicable regulations, call Cohen Healthcare Law Group PC at 310-844-3173 or fill out our online contact form to schedule a consultation. 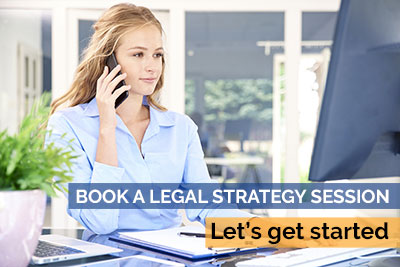